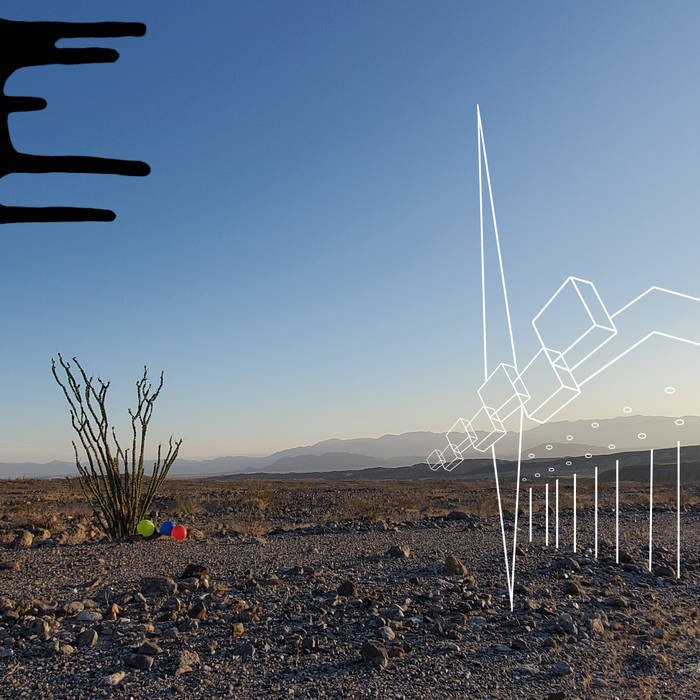 Interpretations of ideas from a notebook with connections to the avant-garde rock scene in 1970’s Los Angeles.

In the summer of 2017, a notebook of some interest came into my possession. Along with grocery lists, Spanish lessons, and some terrible poetry (all in two sets of handwriting) it seemed to also have been used to document musical ideas. After some struggle to reconnect with the owner, I sat down with the aging gentlemen in a popular downtown restaurant known for it’s French dip sandwiches. I would buy him several of these sandwiches before I got his full story and the story of the mysterious notebook. As it turned out, the pseudonymous “Richard Something” as he was known, was somewhat of a missing link in the fractured 1970’s avant-garde scene in and around Los Angeles. According to Richard, he was often on the periphery of that scene, briefly rubbing shoulders with the likes of Wild Man Fischer, members of Los Angeles Free Music Society, and members of the defunct (and unfortunately named) West Coast Pop Art Experimental Band. He even played baseball with a young Bill Harkleroad (Zoot Horn Rollo), later of the Magic Band, where they both grew up in Hawthorne, CA. Richard’s only known (but sadly lost) recording, recorded in his childhood friend Emmit Rhodes’ garage, is the single “Rock Sausage.” This became the subject of a lawsuit with local radio station KROQ, and DJ Rodney Bingenheimer, who used the recording as an intro to his show without attribution or permission in 1976. After winning a modest sum in that case, Richard went on to sue the inventor of the pet rock, Alkaseltzer, and as it happens, the restaurant we had been sitting in (Richard claimed that it was he and not Phillipe Mathieu that invented the French dip sandwich even though it was invented some 30 years prior to Richard being born.) Richard, unfortunately won none of these lawsuits and left Los Angeles for the California desert shortly after.

None of what happened during his 30 + years in the desert can be confirmed and much of it is quite unbelievable. However, as he tells it, it was the most productive time of his career as he recorded and toured a string of albums as “Richard Something & the Salton Sea Bees,” a band Richard described as “Bela Bartok meets Hank Williams.” None of these albums nor any information at all on this band could be found. It is from this time that the notebook in question supposedly originated. Allegedly, it was from a collaboration in the early aughts that never came to fruition with, as Richard dubiously claims, myself. I told him this was impossible but the man remained convinced we worked together for a time. Many of the ideas, according to Richard, were ideas he had going back decades but never had a chance to record for one reason or another.

We fell out of touch shortly after I got his story, which I was beginning to suspect was 70-80% bullshit. It was with some reluctance that I finally returned to Ulterior Frequencies, and to the curious notebook that spawned the idea for the album. I decided the pieces were interesting enough to explore and started recording in early 2019. I have not heard from or seen Richard since that week 3 years ago.

Although the standard format in the time that these ideas were put to paper (the early 2000s) would have probably been compact disc, Ulterior Frequencies is now available on the more modern, high fidelity cassette tape thanks to Strategic Tape Reserve: strategictapereserve.bandcamp.com/album/ulterior-frequencies

Not an actual pony.

Bandcamp Daily  your guide to the world of Bandcamp